Every work of architecture inevitably modifies the outline of the earth’s crust. This act should be always a positive testimony of man’s achievement: the idea of inhabiting bears in itself the idea of building. In particular the conquest of the tops of the mountains has always enticed people to affirm their presence by leaving their sign between the earth and the sky.

Therefore Mario Botta saw the request to erect a building on the top of Mount Generoso as a great opportunity to strengthen a link he has always felt with this mountain, whose outline accompanied the architect’s adolescence. As a matter of fact, the excursions to the summit and the surprise of recognizing the valley beneath are parts of his life and his memory.

The new structure stands on the spot once occupied by a hotel from the beginning of the last century. The location is extraordinary as it is a small patch of land overlooking the precipice on the north side of the mountain, characterized by a steep rock that slopes downwards for 3/400 meters. This particular condition led to the design of an octagonal building formed by eight “petals” enclosing a central space. On the east front this circular crown opens to create a big observation deck that follows the ridge of the mountain. The arrangement of the “petals” defines a group of five-storey towers that seem to open slightly out to close again on the upper floors (hence the name of flower of stone). On the lower levels there are the service rooms and an exhibition hall; on the second floor a meeting room while the last two upper floors house respectively a self-service and a restaurant. The bearing structure is in reinforced concrete clad in grey stone with alternate smooth and split bands. The towers are linked by glass joints and have big full-length windows that give a beautiful view of Milan valley to the south and of Lake Lugano and the Alps to the north. The result is a powerful, geometrical building in dialogue, by contrast, with the natural features of the surrounding landscape. 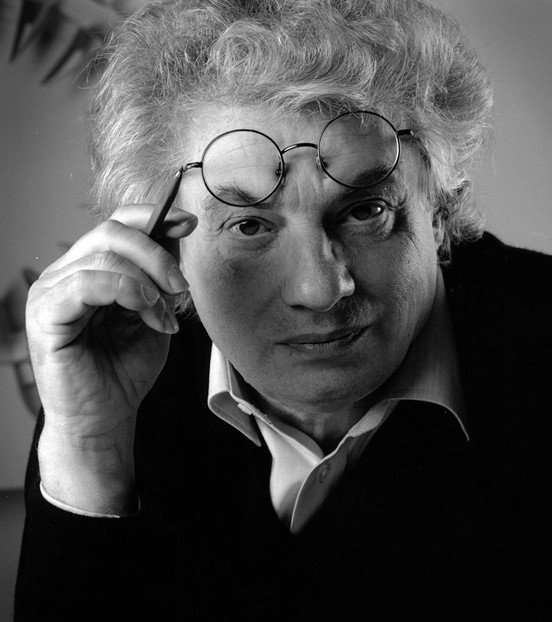 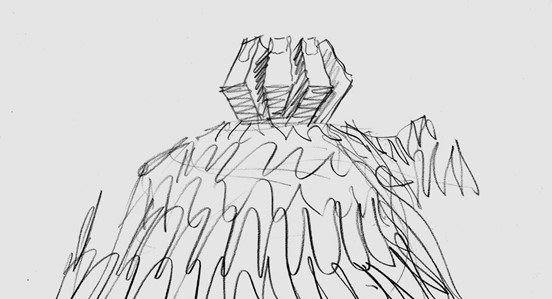 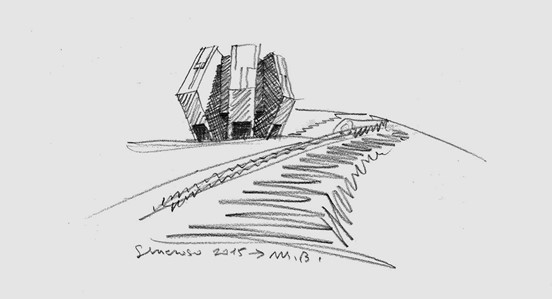